This week, one of the most highly anticipated reality-based singing competitions, The X Factor, premieres on FOX.

Simon Cowell, famously known for his candor on the first nine seasons of

American Idol, is joined by Paula Abdul, L.A. Reid, Nicole Scherzinger, and host, Steve Jones to find the next music superstar. The winning solo artist or singing group will win a $5 million recording contract, the largest prize in television history.

Recently, Cowell talked with various press outlets during a conference call touching on different aspects of The X Factor, including keeping the music arrangements fresh and original, the importance of the contestant’s back stories, and how their mentoring process is essential to turning their contestants into bonafide stars.

With a $5 million dollar prize on the line, no one should be surprised that former Idol hopefuls showed up to the open auditions to try their hand at this new competition. Unfortunately, it sounds like we won’t be hearing too much from them.

“We did expect some people who we’ve seen before on Idol to come along, so I didn’t really have a problem with that,” Cowell said. “None of them did particularly well. It was quite nice to hear them a second time.

Something Cowell said to expect to see on the show are new, fresh takes on familiar songs to push the contestants to break out of their comfort zones and of course, sell songs on iTunes.

“Within about three weeks into the show you’re going to start hearing contestants way outside their comfort zone and hearing versions of songs you haven’t heard before,” he shared.

END_OF_DOCUMENT_TOKEN_TO_BE_REPLACED

Not gonna front, I am stoked to see Simon Cowell back on TV.

END_OF_DOCUMENT_TOKEN_TO_BE_REPLACED

This past weekend I was in LA with a group of friends, and Sunday night we checked out this ~new band, Sirk and The Dirty Minds. Okay, not that new of a band.

If you’ve been keeping tabs on Kris Allen this past weekend, you know that he and his awesome band played a not-so-secret midnight show at The Viper Room on Sunday night.

Can we say kick awesome?

I’ve never been to The Viper Room before, and it was just amazing! I just love small venues like that, because the show is more intimate and personal.

I have to say that Kris and the guys were just on fire. The show was such a blast. My friends and I had the best time. Seriously, good times all around!

I did bring back presents to share with everyone! Check out videos below of Kris’s new untitled track that we’re calling, “Shut That Door & Keep That Devil Out” and “Leave Me Alone.” Enjoy!

I love the bluesy feel of “Shut That Door & Keep That Devil Out.” I really hope that Kris really embraces that sound on his next album, because he sounds great!

What do y’all think of the new songs?

Earlier this week it was announced that the winner of the first U.S. edition of The X Factor will win a $5 million recording contract with Sony Music/Syco. This will be the largest sum of money to be won on television. 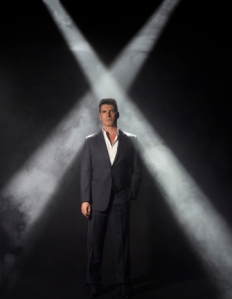 Tryouts for The X Factor will kick off Sunday, March 27 in Los Angeles at the L.A. Sports Arena. There will also be tryouts held in Chicago, Dallas, Miami, New York/New Jersey, and Seattle.

Singers and groups must be at least 12-years-old to audition. There is not a cap on the upper age limit.

“I like the idea that a 12-year-old on this show can compete with an older singer and a singing group,” Simon Cowell said in a press release. “I’ve never believed that there should be a cut-off age for talent, and we are going to put our money where our mouths are with the $5 million recording contract. I’m doing this show in America, because I genuinely believe we can find a superstar.”

For more information on The X Factor and for more details about auditioning, check out the show’s official website.

When I first sat down to talk American Idol, I had just the worst migraine, which was caused by the auditions in Los Angeles that aired last night.

No, I’m not kidding. The L.A. auditions were by far the worst auditions that I have ever taken the time to sit and watch. I seriously want that hour of my life back.

This is season 10 of American Idol. I expected better than Thursday night’s episode. I guess I should have known better.

Before I get ahead of myself, let’s talk about Wednesday night’s auditions in Austin, TX. Even though the episode was so much better than the L.A. auditions, there were only a couple singers that I would consider being actual contenders in this season’s competition. Those singers are 21-year-old Jaqueline Dunford from Scottsdale, AZ and 19-year-old Casey Abrams from Idlywild, CA.

Jaqueline Dunford auditioned for the show with her boyfriend, 19-year-old Nick Flint. Dunford, who sang Duffy’s “Mercy” was in my opinion the best of the female singers in the Austin. She took that Duffy song and really in the ridiculous words of Randy Jackson, “blew it out the box.” I really like the tone of her voice, and appreciated her demonstration of vocal control.

My other favorite from Austin, Casey Abrams sang “I Don’t Need No Docter” by Ray Charles. This dude can sing. And scat. I love it! I am sensing a trend with the male singers with the soulful, raspy voices this season, but Abrams infused his audition with so much personality, that he set a nice tone for himself going into “Hollywood Week.”

The L.A. auditions episode that aired Thursday night was hands down the worst episode of Idol I’ve ever watched, and I’m saying this as someone who watched the train wreck known as season three in its entirety.
END_OF_DOCUMENT_TOKEN_TO_BE_REPLACED

Named one of the “50 Best New Bands of 2010” according to NME, Funeral Party is set to take 2011 by storm with the U.S. release of their debut album, The Golden Age of Knowhere, due out March 29.

Produced by Lars Stalfors (The Mars Volta) and mixed by Dave Sardy (Oasis), the energentic 11-song album will release it’s first single, “Finale” to radio in March. The song serves as a great introduction for those who are first time listeners. 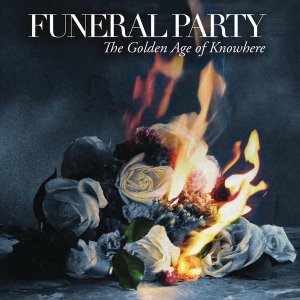 While fans await the release of The Golden Age of Knowhere, the band is set to release an EP, Live At The BBC on January 25. Included on the live EP are three exclusive remixes by Dave Sitek, Mike Relm, and Kids of 88. Additionally, a limited edition vinyl version of their upcoming U.S. debut will be released February 15.

After touring with 30 Seconds To Mars overseas last year, Funeral Party is heading out on the road again this spring. The Los Angeles Times referred to the band as a, “ravenously physical, technically precise and impossibly fun live act.”

For more information on Funeral Party, check out the band’s official website.