END_OF_DOCUMENT_TOKEN_TO_BE_REPLACED

I don’t know how often I’ll do these Idol news-related round ups, but this morning seemed like a good time for one!

Earlier this week, Kelly Clarkson “leaked” a new track, “What Doesn’t Kill You (Stronger).”   Her fifth studio album, Stronger, is due out later this month on Monday, October 24. Take a listen to the song below!

My exciting news: Check out who is #14 on the new Billboard Chart! http://bit.ly/nf3Htx WOOT WOOT! #raisetheroof

Rise and Fall is #14 on the Billboard Heatseekers Albums Chart!  And as a friendly reminder, you can download your copy of Rise and Fall on iTunes! Congrats, Tim!

The Hollywood Reporter confirmed this morning that Lee DeWyze has been

dropped by RCA Records. A rep for Lee told THR that the singer-songwriter is “in a good place right now.”

Other Idol winners that are still on RCA’s roster, include powerhouses Kelly Clarkson and Carrie Underwood, as well as David Cook and Kris Allen.

And speaking of Idol winners, season 10 winner Scotty McCreery released his debut album, Clear As Day earlier this week! Scotty’s expected to debut at #1 on next week’s Billboard Chart. Exciting!

“Hummingbird” reminds me of the vibe on Slumberland, which is my favorite Lee album. Soft and sincere. I like it.

What do y’all think of Lee’s new song?

And so it goes, Karen Rodriguez was eliminated from American Idol this week. Not shocking in the

least. And she did herself absolutely no favors by singing Mariah Carey’s “Hero” as her swansong, and then pleading to the judges for “The Save.” Ooh…girl. That save is reserved for Lauren Alaina, Pia Toscano, and possibly Casey Abrams.

In my eyes, Karen was booted for her hot mess of a performance from last week. I think sometimes when contestants have a bad performance, the audience’s opinion of them carries over into voting the following week. Not saying that it’s fact, just that it could be the case for Karen’s dismissal this week.

Let’s talk about the other two contestants that found themselves alongside Karen in the bottom three this week, Haley Reinhart and Naima Adedapo.

I figured that Haley would find her way back to the bottom three just based on the judges comments from the night before. The judges definitely can sway the vote, and if they are consistently giving a contestant a hard time, I think that translates to the audience as, “Vote for Lauren Alaina.” Ha ha, I’m kidding. But, I do think that their comments combined with her lackluster performance is why Haley found herself back in the bottom three this week.

I was legitimately disappointed when Ryan Seacrest announced that Naima was headed to the bottom three. I think the judges gave her too much of a hard time in their critiques. Her performance was nowhere near as bad as they made it out to be. She is one of the more polarizing contestants this season, and it would be a shame to see her before she reaches her full potential on the show. I think Naima is keeping the show fresh and bringing something new to the table. If she’s eliminated in the next few weeks, I feel like it could be a devastating blow to the season.

I wanted to touch on this week’s group song, which was a mash-up of Steppenwolf’s “Born to Be Wild” and Lady Gaga’s “Born This Way.” First off, good on Idol for a live group performance! Nigel Lythgoe tweeted last week that the group performance was live, which I’m still not sure I entirely buy, but it is what it is. I felt like this week’s mic issues were done purposely to show that the contestants were singing live. You got your point across, Nigel.
END_OF_DOCUMENT_TOKEN_TO_BE_REPLACED

After crossing the 100,000 fan mark on Facebook, Lee DeWyze posted up a special performance to fulfill a promise he made last fall!

What made this treat that much sweeter was that it was an acoustic performance of “Me and My Jealousy”!

I just love this song!

Don’t forget to tune into the American Idol results show tomorrow night, because Lee will be performing his latest single, “Beautiful Like You.” Can’t wait!

And so it has begun, Ashthon Jones was eliminated last night on American Idol after her rather boring rendition of Diana Ross’ “When You Tell Me That You Love Me” Wednesday night.

I believe that the show is looking for the next hugely successful pop star, which is why Ashthon was picked by the judges to advance to the Top

13. She has the look and the sass, but she couldn’t pick an appropriate song choice to save her from elimination. If someone told me that they saw me as more of a Diana Ross-type, I’d pick a song that was familiar and have at it. Ashthon needed to pick a song that highlighted her strengths, and ballads just don’t seem to do her any justice, even with her big voice.

Ashthon’s ouster proved even more to me that Robbie Rosen deserved her spot in the Top 13. Robbie totally out-sang her last week. Obviously, I’m a tad bitter about this. It stings just a bit more knowing that Ashthon couldn’t last an additional week in the competition. It also speaks volumes about what this season’s audience wanted versus what the judges wanted. Robbie tweeted Wednesday night that if he had made it through to the Top 13, he was going to be performing Justin Timberlake’s “Cry Me A River.” My instincts tell me that it would have been awesome, so thanks judges, thanks a lot.

With the playing field now leveled, it’s time to see if the females will continue to be picked off one by one. An all-female bottom three in what was boasted as “The season of the females” doesn’t seem like things are going to bode well for them. But you know, time will tell.
END_OF_DOCUMENT_TOKEN_TO_BE_REPLACED

It was a long summer, fall and start of winter, but American Idol is back for their tenth season and I am ready! New judges, new contestants, and a new feature! Welcome to “Idol Wired”!

Alright, so my favorite reality show that drives me crazy on a weekly basis from this Wednesday through the end of May is back, and I came up with what changes that I would like to see this season as American Idol turns 10.

Keep the spotlight on the contestants

I think one way to do this is to show more of the contestant’s personality in the pre-performance videos. Last season we learned that Lee DeWyze worked at a paint store. What we didn’t learn is that he’s fairly hilarious. Most fans learned this during the summer Idol tour meeting him before and after the shows.

I think over the past couple seasons, the audience really hasn’t been able to connect with the contestants, which is in part why last season wasn’t as successful as previous seasons.

Judges should be clear and concise with their post-performance critiques

I think the judge’s critiques on Idol should be like Twitter. You need to get out what you want to say about the contestant’s performance in 140 characters or less. I feel that the judges should be able to let the contestants know if they liked or disliked the performance with a reason backing their opinion in a reasonable amount of time. Plus, if the judges didn’t talk so much it could allow for slightly longer performances from the contestants.

No more lip-syncing during the group numbers

One of the things that bothered me during both seasons eight and nine of Idol was the very apparent lip-syncing during the group numbers. I know that a lot of the time they pre-tape the group performances before the live elimination, which means there really isn’t any excuse for not singing live. I don’t care if they have to auto-tune the crap out of the vocals, but singing live would be more legit than shooting a live music video.
END_OF_DOCUMENT_TOKEN_TO_BE_REPLACED

The other night Lee DeWyze posted a TwitVid on Twitter, which included some nice words to his fans!

Hoping to hear a tour announcement from Lee soon!

It’s that time where I reveal 10 albums that I enjoyed throughout the year. My picks are personal favorites that were in constant rotation in my car stereo. I think a couple of the albums are no brainers that they made the list, and there might be a couple surprises.

So, in no particular order, here are my favorite albums of 2010.

I have reviewed a lot of Glee music this year, and my favorite batch of songs came from the Journey to Regionals EP. I love the Journey covers, but the shining gem is Jonathan Groff’s cover of Queen’s “Bohemian Rhapsody.” Seriously, go take a listen. It’s absolute ear candy.

Darren Criss is hands down the best thing that’s happened to my iTunes this year. His Human EP is made up of five relatable tracks that will pull on your heartstrings. I can’t wait to see what this singer-songwriter can do with a full studio album. 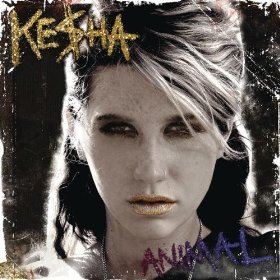 I didn’t really know what to make of Ke$ha when “Tik Tok” first came out. After taking a listen to her album, I realized that homegirl’s music is absolutely infectious. If you want to feel good and dance, Animal was where it was at this year.

END_OF_DOCUMENT_TOKEN_TO_BE_REPLACED

For those of us (including myself) that had no clue this was going to be on the air, the Idol special made it’s way to YouTube!

Source: 1 (Go give the source some love for uploading this!)