And so it has begun, Ashthon Jones was eliminated last night on American Idol after her rather boring rendition of Diana Ross’ “When You Tell Me That You Love Me” Wednesday night.

I believe that the show is looking for the next hugely successful pop star, which is why Ashthon was picked by the judges to advance to the Top 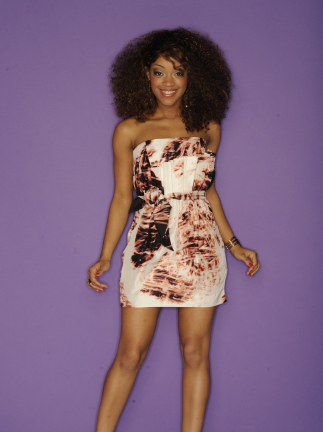 13. She has the look and the sass, but she couldn’t pick an appropriate song choice to save her from elimination. If someone told me that they saw me as more of a Diana Ross-type, I’d pick a song that was familiar and have at it. Ashthon needed to pick a song that highlighted her strengths, and ballads just don’t seem to do her any justice, even with her big voice.

Ashthon’s ouster proved even more to me that Robbie Rosen deserved her spot in the Top 13. Robbie totally out-sang her last week. Obviously, I’m a tad bitter about this. It stings just a bit more knowing that Ashthon couldn’t last an additional week in the competition. It also speaks volumes about what this season’s audience wanted versus what the judges wanted. Robbie tweeted Wednesday night that if he had made it through to the Top 13, he was going to be performing Justin Timberlake’s “Cry Me A River.” My instincts tell me that it would have been awesome, so thanks judges, thanks a lot.

With the playing field now leveled, it’s time to see if the females will continue to be picked off one by one. An all-female bottom three in what was boasted as “The season of the females” doesn’t seem like things are going to bode well for them. But you know, time will tell.

On the topic of eliminations, how excited is everyone to hear season seven Idol winner David Cook singing this season’s send-off song every week? His cover of Simple Minds’ “Don’t You (Forget About Me)” debuted last night during Ashthon’s farewell video package.

If you watched the results show last night, you may have noticed that Casey Abrams was absent due to being hospitalized. According to The Hollywood Reporter, an Idol insider says that Casey has ulcerative colitis, which is “an inflammatory bowel disease which infects the lining of the large intestine.” According to THR’s source, Casey has had to have two blood transfusions, since being admitted.

After the results show aired last night Casey tweeted, “hey guys, thanks for the well wishes, I got some nice fresh blood in me and feeling better. People at Idol & Cedars are treatin me real good.”

Poor kid, this is the second time in two weeks he’s made a trip to the hospital. Can you imagine if they had booted him off this week ala Christina Christian during season one?

Casey is expected to rejoin the Top 12 next week as they perform songs from everyone’s favorite overused theme week, “Songs From The Year They Were Born.” Season nine Idol winner Lee DeWyze is slated to perform his new single during next Thursday’s results show.

What did you think of this week’s results? Did the right person go home, and do you think the girls are in trouble this season?