Stronger Than Yesterday: @britneyspears’s ‘Oops!...I Did It Again’ Turns 20 #linkinbio
@walkthemoonband’s setlist from #nssn. December 2012. #mezzaninesf #tbt
I had no idea when we began shelter in place in the Bay Area just how much I would find myself missing live music. I didn’t have any concerts on the books this year just yet, but I knew attending a handful of live shows at some point during the year would be inevitable. After spending the past couple of months at home, I’m not so sure we’re going to be able to have live music in the same capacity as we once did. What I’m hopeful for is once we are able to gather and see our favorite bands and artists live is that we’ll be safe and be able to enjoy that special camaraderie as music fans. During this extended time on my own, I’ve been reflecting back on different shows, the excitement of seeing some of my favorite bands and artists, the shared experiences with friends, and that post-concert feeling of elation. Looking back at concert photos and videos now, I’m so grateful for those moments. To help keep my own spirits up during this time (and hopefully yours), I’m going to be posting some throwbacks every now and then of concert memories from years past. This week’s is one of my favorites: Nov. 2010. @maroon5 at @thefillmore. #tbt
@charlieputh live at the @sfmasonic! 🎶
Follow Wait…WHAT? on WordPress.com

The best part of summertime is driving around with my windows down, listening to my favorite music. And of course, this summer is no different! END_OF_DOCUMENT_TOKEN_TO_BE_REPLACED

I saw Adam perform this last night with Queen & the melody has been stuck in my head since. “Two Fux” is available for download at digital retailers. 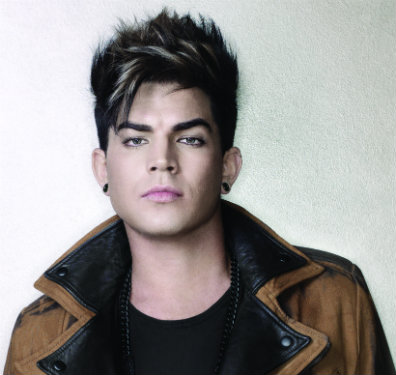 END_OF_DOCUMENT_TOKEN_TO_BE_REPLACED

Wait…WHAT? has a great playlist for you to dance it out to on this lovely 4th of July!

END_OF_DOCUMENT_TOKEN_TO_BE_REPLACED

Adam Lambert performed a brand new song for fans at the Le Festival Ste-Agathe en Feux in Quebec this past weekend. The song is entitled “Outlaws of Love.”

Lambert commented on Twitter that the song is not his first single off his upcoming sophomore album. Watch his performance of “Outlaws of Love” below!

What do you think of Lambert’s new track?

This week on American Idol, James Durbin was eliminated from the competition. Shocking? Eh, not really.

Personally, I never saw James getting past the Top 5. But, I figured Randy Jackson had probably pissed off every Haley Reinhart fan Wednesday night to the point where they probably voted until their thumbs were numb.

I figured when it came down to it, we were going to see either Lauren Alaina or James head home. Yesterday when Ryan Secrest tweeted, Tonight will be a VERY interesting #americanidol. Good luck @LAlainaAI10, @JDurbinAI10, @SMcCreeryAI10 & @HReinhartAI10,” I knew Haley had to be safe and that there was going to be a “shocking” elimination.

I felt for James, because as soon as Haley was declared safe last night and it was between him and Scotty McCreery going home, you could just tell that he knew his time was up. However, I do think it was time for him to head home.

The thing with James, and season 8 contestant Allison Iraheta kind of touched on in her guest blog on The Hollywood Reporter website yesterday was that we never truly saw a James Durbin performance. We saw a lot of knock off Adam Lambert performances.

“With James, as far as song choice is concerned, it was hard for me to hear it because we had to sing “Don’t Stop Believin’” on the season 8 tour so many times – it was a group number. And to hear Adam Lambert sing that same song night after night… well, it’s hard not to compare the two,” Iraheta said in her blog.

END_OF_DOCUMENT_TOKEN_TO_BE_REPLACED

Finally, we have 24 contestants moving onto the American Idol semifinals. We’re making progress, everyone! Of course, getting to this point meant sitting through four of the longest hours of my life to find out officially which contestants had made the Top 24.

To be honest (and this might be an unpopular opinion), I thought that first hour of Idol Wednesday night during the Las Vegas round was a huge waste of time. I didn’t care to watch group rounds again, and more than that, I don’t care to hear songs of The Beatles being sung by people other than The Beatles.

This episode we got to see Idol’s in-house mentor Jimmy Iovine sit in on some of the rehearsals, and oh my, I think he’s definitely going to be a presence when it comes to contestants working on their songs. He just got straight to the point and held nothing back. He wasn’t sugarcoating anything or sparing anyone’s feelings. His involvement on the show this season is going to be interesting.

The only two performances from Vegas Cirque du Soleil LOVE stage that I cared for were from Tim Halperin and Julie Zorrilla who performed “Something” and Paul McDonald and Kendra Chantrelle who performed “Blackbird.”

In case I haven’t mentioned it already, I am definitely a fan of Halperin’s voice. His vocals paired wonderfully with Zorrilla’s.

I also really like McDonald’s voice. There’s a James Morrison meets Rod Stewart vibe going on there, and I dig it.

The second hour of Idol Wednesday night was dedicated to revealing a portion of the Top 24. This hour and the two hours on Thursday night were so long, I felt like lifetimes were passing by as the show slowly revealed the Top 24.

The contestants got to perform one more final song, and then they walked down the ridiculously long walkway to sit with the judges to find out if they were in or out.
END_OF_DOCUMENT_TOKEN_TO_BE_REPLACED