I know sometimes when it comes to new artists people can be hesitant about buying an entire album before hearing it, myself included. However, when awesome artists, like Tim Halperin, stream their new album for all to listen to, I think it’s more than worth it to check it out!

Take a listen to Tim’s debut album, Rise and Fall, below!

Aaaand if you’re diggin’ what you hear on Rise and Fall, I encourage you to head over to iTunes and pick up a digital copy!

If you happen to want my two cents on Tim’s album, check out my review!

The day after his American Idol contract was up, season 10 alum Tim Halperin released his debut full-length album, Rise and Fall, on September 27.

Halperin began working on the album prior to his Idol journey in August of 2010. Working with producer, Jordan Critz, Halperin selected 13 tracks that he felt gave a well-rounded representation of himself.

“With this record, because it’s my first full-length album, I wanted to make sure that it was the most me. That it had songs on it that I felt like best represented who I am, not only as a songwriter, but as a person,” he explained to me during our interview earlier this week.

I think Halperin definitely accomplished that goal. Rise and Fall is comprised of songs about life, love, and heartbreak.

His first single, “The Last Song,” is currently in the top ten on the Singer/Songwriters Songs chart on iTunes. Halperin told me this past June that the tune was one of the first songs recorded for Rise and Fall about a year and a half ago.

“It just turned out really well, and I think that that song gives people a good picture of who I am, and also that my music is very honest and straightforward. I like to throw all my emotions on the table, because I think people can relate best to honest music,” he said.

END_OF_DOCUMENT_TOKEN_TO_BE_REPLACED

Tim Halperin’s full-length debut album, Rise & Fall,  is set to be released in just under two weeks on September 27 via iTunes.

Check out the video below for song previews from Rise & Fall, including: “I Wanna Fall in Love,” “Crash Course to Hollywood,” “I Gotta Know,” “Pretty Girls,” “New York,” and “American Fame”!

American Idol season 10 contestant, Pia Toscano has released the music video for her current single, “This Time,” which she has been singing all summer long during the American Idols Live! tour.

The video is visually stunning. I really wish they had figured out a way to put a band behind her when she’s singing into a microphone in the middle of the street. Or just eliminate the microphone altogether.

Overall, I think it’s a pretty decent debut video from the singer. Me thinks Pia has a bright future ahead of her!

You can currently download the music video for “This Time” for FREE from iTunes!

I finally got caught up on The Voice from last night, and I am truly going to miss this show! I can’t believe we find out the winner tonight! Not to get completely cheesy, but truly all four of these singers, Javier Colon, Dia Frampton, Beverly McClellan, and Vicci Martinez, are winners already. They have worked with some of the biggest and most relevant names in the business and on national TV, no less!

I really thought that the coaches, Christina Aguilera, Adam Levine, Blake Shelton, and Cee-Lo worked it out on “Under Pressure.” I think it’s such a treat to see them all come together and perform. I’m thankful they weren’t handed some original song to try and pull off. Haha. And we’ll get to those lovely originals in just a bit.

I loved getting to see the contestants perform duets with their coaches. Dia and Blake’s cover of Tom Petty’s “I Won’t Back Down” was pretty cute. Singing side-by-side in matching sunglasses, the duo basically sang a song that could be Dia’s theme song to her time on The Voice. With her, we’ve truly gotten to see a confident artist blossom.

END_OF_DOCUMENT_TOKEN_TO_BE_REPLACED

Tim Halperin took on his latest “Idol Got It Wrong” challenge and took on “Love Potion No. 9,” which was the song James Durbin closed the show with on American Idol last night.

Watch Tim perform his rendition of “Love Potion No. 9” below.

Not gonna front here, I was a tad skeptical when I found out this was the song Tim went with, but as soon as he started singing it became totally clear that this was a great decision. Tim really got to let that unique tone to his voice shine. I thought this was another great performance.

If haven’t downloaded Tim’s recently released Acoustic Sessions EP or “The Last Song” yet, what are waiting for? Go grab your FREE downloads at TimHalperin.com!

Don’t forget that “I Wanna Fall In Love” is also available on iTunes!

Check out my interview with Tim from earlier this year! Part one // Part two 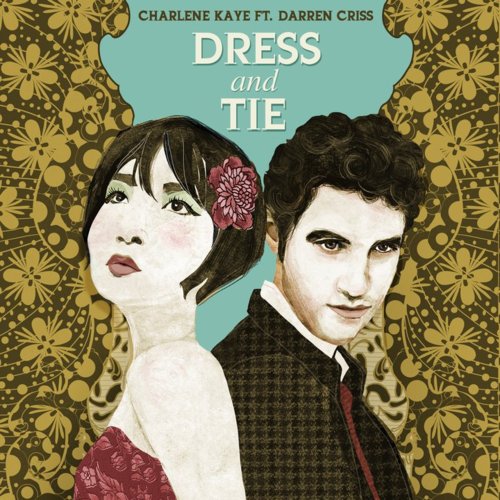 Check out Charlene and Darren performing “Dress and Tie” live!