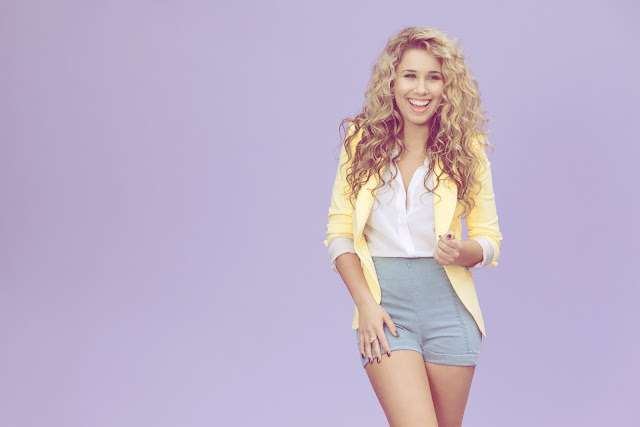 There’s something to be said for taking your time to create the right album, and Haley Reinhart makes more than a solid case for this with her debut album, Listen Up!

Reinhart told me during our interview earlier this year that her label allowed for her to wait until after the American Idols Live! Tour to begin working on material for her album, which was something that she felt was necessary.

“I knew in my heart that for me to be all over this project, which is the biggest thing in my life, being given this opportunity; I didn’t want to waste it or let it slip beneath me to do other material. I wanted to be completely hands on with the process, and it went really well,” Reinhart said.

As soon as the tour ended, Reinhart relocated to L.A. and hit the studio. In the span of three months, she was able to get her entire album written. The singer collaborated with the likes of Mike Elizondo (Maroon 5, P!nk), busbee (Kelly Clarkson, Daughtry), and Rune Westberg (Our Lady Peace, Kris Allen).

Listen Up! opens with booming horns and the singer’s soaring vocals on the sexy, “Oh My!” featuring B.o.B. The song sets the tone for the soulful retro-pop journey that the singer takes the listener on throughout her 10-track album. Following “Oh My!” is Reinhart’s sultry piano-driven single, “Free.” The song was such a great choice for her to lead her album off with, because it really highlights the retro, bluesy kind of vibe that she embraced while on Idol.

One of the album’s standouts, “Wasted Tears,” finds Reinhart in the pocket of her craft. The soulful throwback track contains airy, melodic verses that feed into a chorus that packs a punch. There’s a finesse to this track in just how the notes are creatively handled, in which every vocal nuance impacts the song in just right way. There’s an unwavering feeling of honesty to be found on the ballad “Undone.” Backed by piano and strings, the gripping lyrical sentiment of hurt can be felt through Reinhart’s compelling and vulnerable vocal performance.

From the engaging songwriting to the thoughtful and well-crafted genre-crossing musical arrangements, it’s very apparent that Reinhart knows exactly who she is as an artist and knows how to express it in such a way that you can’t help but to Listen Up!

Haley Reinhart’s debut album, Listen Up!, is available now. For more information on the artist, please visit her official website.