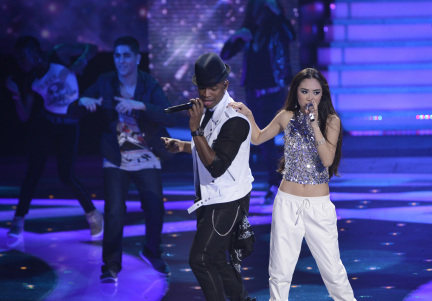 This past week on American Idol, season 11’s runner-up Jessica Sanchez debuted her new single, “Tonight,” which features one of my favorite artists, Ne-Yo!

Check out her post-Idol video package & her rockin’ performance with Ne-Yo below.

Can’t even front, I downloaded the song immediately that night & got my dance on. However, I will admit that I think it’s a little weird that Ne-Yo kicks off the song. Being that it is Jessica’s debut single, I would think the first voice you would hear would be hers. That said, I think Jessica has quite the hit on her hands, and I hope that “Tonight” does well for her.

You can download Jessica Sanchez’s new single, “Tonight” ft. Ne-Yo at iTunes now. While you’re there, preorder her debut  album, Me, You & the Music, which is due out April 30.

Check out the official music video for “Tonight” below!