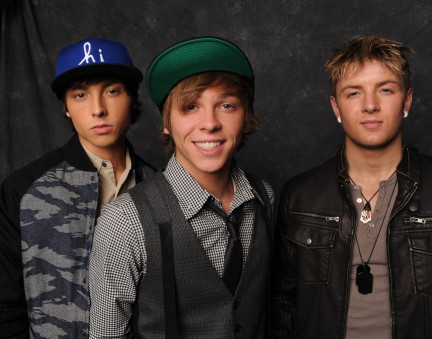 It’s official! After a video interview with Drew Chadwick mentioning that Emblem3 had been signed surfaced earlier this week on the interwebz, Syco Music & Columbia Records released a statement to make the news official!

Check out the official press release below! 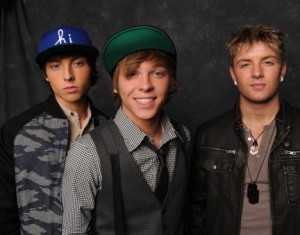 NEW YORK, Jan. 9, 2013 /PRNewswire/ — The X Factor’s So-cal break out band Emblem3 have signed a recording deal with Syco Music and Columbia Records to release their debut album in 2013.

Brothers Wesley and Keaton Stromberg (19 &16) and lifelong friend Drew Chadwick (20) who make up Emblem3 are already in the studio at work on their debut album which is being executive produced by award winning songwriter and producer Savan Kotecha (Maroon 5, Usher, One Direction). The album will be the first release through “Mr Kanani,” Savan Kotecha’s imprint on Syco Music.

Renowned songwriter, producer and talent coach Savan Kotecha will be executive producing the album and said, “I was so impressed by the talent and energy of the Emblem3 boys that I had to work with them. I’m looking forward to helping them fulfill their creative vision and working with the amazing Syco and Columbia team who, in my opinion, are the best in the business!”

Emblem 3’s Wesley Stromberg said, “With our new teammates at Columbia and Syco and along with Savan, I hope we can not only produce some empowering tunes, but also impact other people in a positive way and maybe help brighten things up a bit. Music is all we`ve ever wanted to do – and this is what we love to do.” Stromberg added, “Simon Cowell was an excellent mentor and we were proud to have him as ours. We hope to keep a good relationship alive with him not only as business partners but as friends.”

Syco Music’s Simon Cowell who was also Emblem3’s mentor during The X Factor said, “Wesley, Drew and Keaton are complete stars. They have a great attitude, are fun and genuinely love music. They deserve this and I’m really pleased we are continuing working together.”

Emblem3, from Huntington Beach, CA are best known for their original performances on The X Factor on Fox in 2012 where the trio shunned the ‘boyband’ tag and impressed audiences of millions with their energy-filled unique performances, adding their own twist of alternative rock/pop with mix of hip-hop and reggae each week.

Emblem3 first auditioned for The X Factor with their own original song ‘Sunset Blvd’ winning over judges Simon Cowell, Britney Spears, Demi Lovato and LA Reid and instantly garnering a wide international fan-base which continued to grow throughout the 2012 series and since, garnering them more than 15 million YouTube views.

Wesley, Keaton, and Drew grew up together in Sequim, WA, where they all turned to music at an early age becoming multi-instrumentalists and forming the band Emblem3. Now all living in Huntington Beach, they moved to California to pursue their dreams and be closer to the industry and to indulge their passion for surfing, skating and snowboarding.

The band performed at landmark venues such as the Roxy, the Whisky A Go Go, the House of Blues and the Hard Rock Cafe, and took the top prize at Rock N’ Road’s Orange County battle of the bands in 2011.