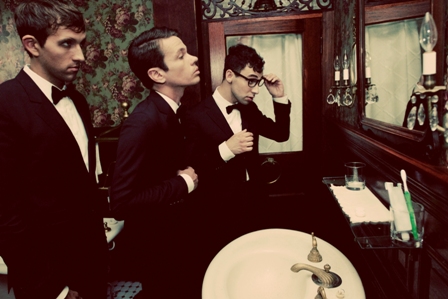 Earlier this week, pop rock band fun. unleashed their new music video for “Carry On,” the third single off of their record, Some Nights. Directed by Anthony Mandler, the video features footage from the band’s sold-out show at Terminal 5 in New York City. The video was released alongside of the announcement of a new batch of tour dates, which you can check out at OurNameIsFun.com.

Watch the video for “Carry On” below!

This is exactly the kind of music video treatment that I was looking forward to with this song. As far as I’m concerned, perfect music video is perfect.

And don’t forget, fun. is set to perform on Saturday Night Live on November 3!