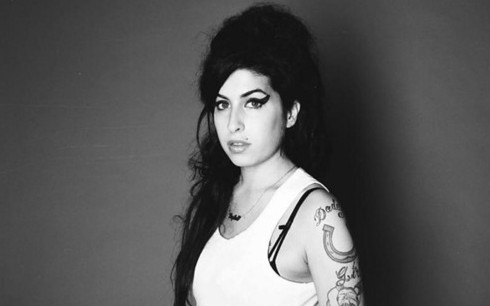 Today marks the fourth anniversary of the tragic passing of British singer-songwriter Amy Winehouse. Over the weekend, I went and saw the new documentary Amy and upon leaving the theater, I felt not only saddened once again over the loss of such an authentic talent, but I also left with better understanding of who Amy was as a person versus the tabloid version that most of us were familiar with leading up to her untimely death.

The documentary led me to revisit Amy’s albums, Frank and the Grammy Award-winning Back to Black. Listening to the songs now feels like sitting with a friend as they divulge their most personal thoughts. Amy holds nothing back in her lyrics, which are refreshingly honest and full of raw emotion.

I also attended a preview of Amy Winehouse: A Family Portrait at the Contemporary Jewish Museum in San Francisco earlier this week. Learning a little bit about her family’s history, her ambition as a young girl to be a famous singer/actress, her love of vinyl and collecting magnets was thrilling as it was heart wrenching. To be able to look at her dresses from her performance at Glastonbury 2008 and the “Tears Dry On Their Own” music video was amazing. She had such a fun, old fashioned sense of style, and to see pieces from her collection was a very unique experience.

This past week has left me appreciative of the time that Amy Winehouse shared with us through her music. She’s a talent that should be continued to be celebrated as the years pass.

Below are a few of my favorite performances of Amy’s, including Bruno Mars’ tribute performance at the 2011 VMAs.