Read on for the official press announcement and the list of upcoming tour dates. 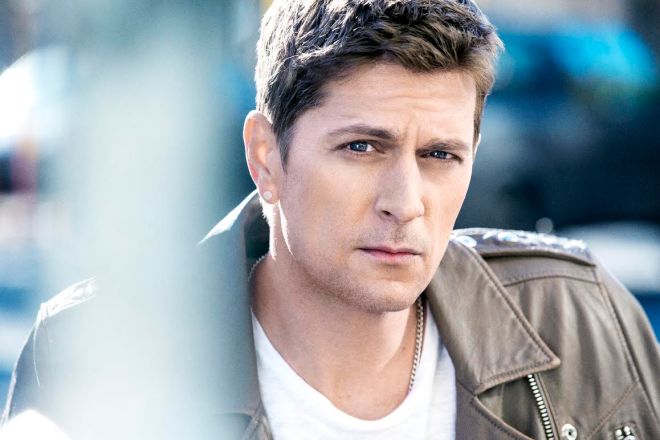 Emblem/Atlantic recording artist Rob Thomas has announced plans for a major North American tour with special guests, Plain White T’s. Dates for “THE GREAT UNKNOWN 2015”  – which herald the multiple-GRAMMY® Award-winning singer/songwriter’s hugely anticipated new album – get underway June 11 at Orillia, Ontario’s Casino Rama Resort Stephens Auditorium and then continue through August 10. Pre-sale tickets will be available beginning on Wednesday, April 1; on sale to the general public begins on Friday, April 3 and Saturday, April 4 for most shows. VIP Packages, including Photo Opportunities with Rob Thomas and exclusive merchandise, will be available.  For complete details and ticket information, please visit http://www.robthomasmusic.com  Fan Club membership packages will soon be available at fanclub.robthomasmusic.com.

Thomas is currently in the studio putting finishing touches on his long awaited third solo album, his first in more than six years. The new album – which follows 2009’s acclaimed CRADLESONG – is slated for release in late summer.

Rob Thomas is one of the most distinctive artists of this or any other era – a gifted vocalist, spellbinding performer, and accomplished songwriter known worldwide as lead singer and primary composer with Matchbox Twenty as well as for his multi-platinum certified solo work and chart-topping collaborations with other artists. Among his countless hits are solo classics like “Lonely No More,” “This Is How A Heart Breaks,” and “Streetcorner Symphony,” Matchbox Twenty favorites including “Push,” “3AM,” “If You’re Gone,” and “Bent,” and of course  “Smooth,” his 3x RIAA platinum certified worldwide hit collaboration with Santana. Thomas earned three GRAMMY® Awards for his role as co-writer and vocalist on “Smooth,” which topped Billboard’s “Hot 100” for an astounding 12 consecutive weeks and spent 58 total weeks on the chart, the #1 song in Billboard’s “Top Hot 100 Rock Songs” chart history and #2 “Hot 100” song of all time. The #1, multi-platinum …SOMETHING TO BE, made history as the first album by a male artist from a rock or pop group to debut at No. 1 on The Billboard 200 since the chart was launched.

In 2004, Thomas was the first artist to be honored with the Songwriters Hall of Fame’s prestigious “Hal David Starlight Award,” created to recognize a composer in the early years of his or her career that has already made a lasting impact.  He has won numerous BMI and ASCAP Awards, and twice earned the “Songwriter of the Year” crown from both Billboard and BMI. Overall, Thomas has contributed to sales of more than 80 million records.

Thomas’ most recent solo album, 2009’s CRADLESONG, marked still another milestone, generating two #1 singles in “Her Diamonds” and “Someday.”  Rob made Billboard chart history once again as the only male artist with multiple #1 hits at Adult Top 40.  With this coronation, Thomas tied Pink with the most No. 1’s by a solo artist in the chart’s history.

In 2012, Matchbox Twenty returned with their first all-new album in a decade, NORTH. Fueled by the hit singles, “She’s So Mean,”  “Overjoyed,” and “Our Song,” NORTH proved a landmark for the band, their first ever #1 debut and Billboard 200 chart-topper.

A charismatic, engaging, and indefatigable live performer, Thomas has spent much of the past two decades on the road, fronting massive world treks with Matchbox Twenty and on his own as well as a series of intimate acoustic tours. Thomas is also a dedicated philanthropist, establishing The Sidewalk Angels Foundation with his wife Marisol Thomas in 2003. Dedicated to providing critically needed funds and support to grassroots groups across the country, the New York-based not-for-profit organization is the primary supporter and sponsor of a number of no-kill animal shelters and animal rescues. Additionally, The Sidewalk Angels Foundation also supports a myriad of other causes, from childhood health and wellness to the fight against homelessness, reflecting the passion of its co-founders to fight for the rights and fair treatment of those with no voice. For additional information on The Sidewalk Angels Foundation, please visit www.sidewalkangelsfoundation.org.