Looks like the rumors are true! Jay Z and Justin Timberlake will be joining forces this summer on their Legends of the Summer stadium tour.

Check out the official press release below! 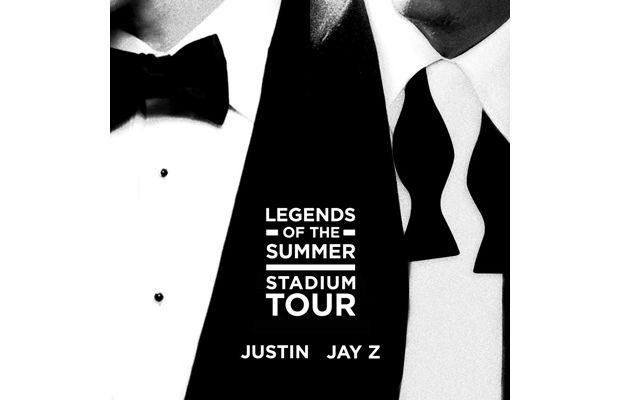 LOS ANGELES, Feb. 22, 2013 /PRNewswire/ — With more than 23 Grammy Awards, 67 million albums sold and two Emmys combined, music icons JAY Z and Justin Timberlake announce 12 once-in-a-lifetime stadium performances.  The LEGENDS OF THE SUMMER tour will begin on July 17th in Toronto, Ontario at the Roger’s Centre and continue through August 16th in Miami, Florida at Sun Life Stadium.  Tickets for all dates except New York go on sale to the public on Thursday, February 28th at LiveNation.com.  Stay tuned for special New York on sale date announcement.

In addition to the tour start in Toronto on July 17th, Justin Timberlake and JAY Z will take their extraordinary live production to New York, Chicago, San Francisco, Los Angeles, Vancouver, Hershey, Detroit, Baltimore, Boston, and Philadelphia where they will perform in such legendary stadiums as Yankee Stadium, Fenway Park, Rose Bowl and Candlestick Park.

All dates are subject to change.

For additional tour and ticket information visit LifeandTimes.com, JustinTimberlake.com, and LiveNation.com.  Join the conversation at #LegendsOfTheSummer.