Adele’s latest record, 21, which features hit singles, “Rolling in the Deep” and “Someone Like You” has been certified diamond! Check out the official press release below! 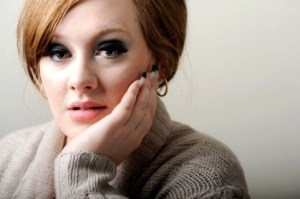 NEW YORK, Nov. 28, 2012 /PRNewswire/ — Columbia Records — Adele’s critically acclaimed sophomore album 21 has reached yet another momentous milestone this week, surpassing 10 million albums sold in the U.S.  This sales achievement earns Adele, and 21, Diamond Certification by the RIAA.  Adele is the only British or European female artist in history to earn this certification.  Adele is also the only British or European artist ever to earn Diamond Certification in less than 2 years from release. 21 also has the distinction of being the only single disc released over the last decade to reach Diamond Certification in less than 2 years (a feat which hasn’t happened since 2000).  “What an incredible honour,” Adele exclaimed, “a huge, huge thank you to my American fans for embracing this record on such a massive level.”